50 Years of Fighting for Prisoners' Rights

The Legal Aid Society’s Prisoners’ Rights Project has fought tirelessly in defense of the rights and lives of those languishing in our jails and prisons for 50 years.

A Legacy of Reform, An Ongoing Mission

For decades, Rikers Island has been synonymous with violence, abuse and failure. Today, these same realities – now compounded by the spread of COVID-19 in the jails and mismanagement of a vast workforce– are contributing to an alarming and senseless loss of life.

Standing in tireless defense of the rights and lives of people held in Rikers and state prison is The Legal Aid Society’s Prisoners’ Rights Project. The Project opened its doors just days before the infamous Attica Prison Uprising in 1971, when individuals held in the upstate New York facility rebelled against the inhumane treatment they suffered daily.

From that riot onward, the Project has focused on prison conditions and the treatment of those held in city and state facilities.

There is a growing humanitarian crisis unfolding in City jails, at least sixteen individuals died in DOC custody in 2021. In addition to the increasing spread of COVID-19, a mass wave of staff absenteeism has exacerbated long-standing problems to create an extraordinarily dangerous environment for people in custody. Learn more.

The Legal Aid Society’s Corey Stoughton recently appeared on The Brian Lehrer Show to discuss the ongoing crisis at Rikers Island. Listen to the full episode below.

A Day in the Life

Stefen R. Short is protecting vulnerable New Yorkers from the devastation of mass incarceration. With the COVID-19 pandemic sweeping through our city’s jails and prisons, his work is more important than ever before. Read more. 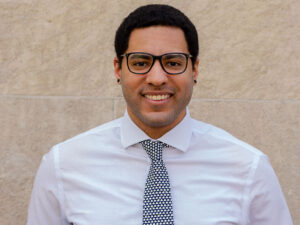 Data disclosed by the New York State Department of Corrections and Community Supervision reveals severe under-testing and dangerous conditions. Archiving for months the daily data reports that disappear each day from the Department’s website, The Legal Aid Society analyzed the scant testing and infection data posted online since April and compiled its findings in a recently released interactive report.

Take a Stand for Prisoners' Rights