Woodrow Wilson, William Howard Taft, and Theodore Roosevelt were honorary Vice Presidents of the Society. The Voluntary Defender Committee, a group of public-spirited lawyers, worked closely with The Legal Aid Society to defend those accused of a crime. Because the work was funded by John D. Rockefeller Jr., the lawyers were known as “Rockefeller Lawyers.” 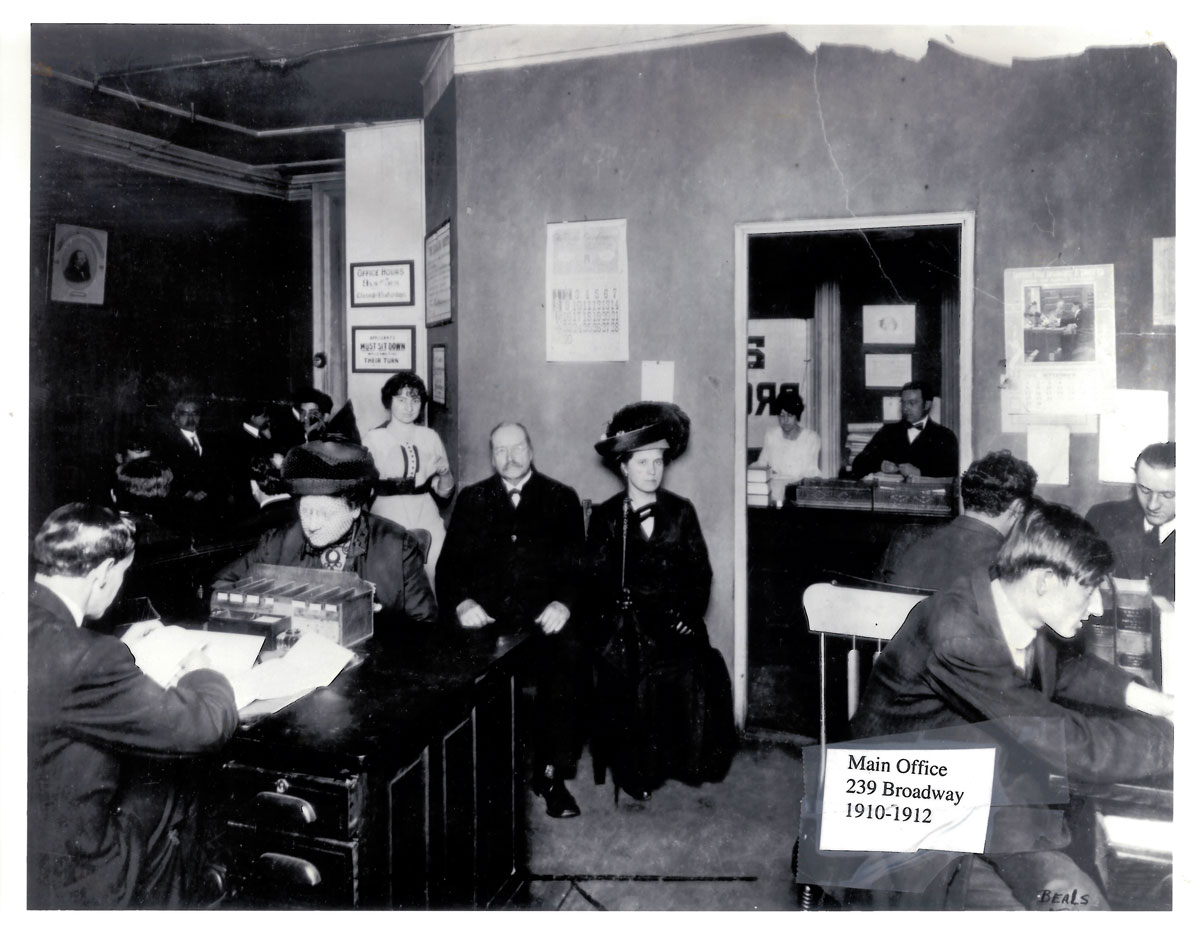