On a Friday afternoon in late May, the Bellissima Hair and Nail Salon on Corona Avenue in Queens is packed. A haze–hairspray or maybe just the early summer humidity–hovers over the salon. A toddler screams with glee, her mother sits nearby with hair wrapped in a towel. A teenage girl gets her bangs blown out, frozen like an ocean wave on her forehead. At one of two pedicure stations, an elderly woman relaxes with her walker propped beside her, receiving a fresh coat of bubblegum pink polish. Leidy Pagan, the 32-year-old owner of the salon, brings a steaming drink to her in a tiny porcelain cup.

But the bustle and joy of Bellissima had only been a dream a year ago.

Born in the Dominican Republic in 1989, Leidy Pagan grew up going back and forth between La Romana, DR, where her mother lived, and New York City, where her father moved to Washington Heights and then Queens. Pagan was married at 18, had her first child, Naylah, at 21, and her second, Noah, at 22. At age 26, with two kids and a husband, Pagan enrolled in college, putting herself through an accounting degree at Touro University.

In August of 2020, five months into the COVID-19 pandemic, Pagan, who had been working part-time for her father’s carpentry shop as a bookkeeper, decided to use her accounting skills to help other small business owners. She founded V.P. Accounting Services, Inc., where she now boasts multiple clients, mostly businesses in her neighborhood.

Not long after founding V.P., Pagan got news that a nearby salon she frequented with her daughter was closing its doors. Feeling a pull to save the salon, she purchased it in the summer of 2021. 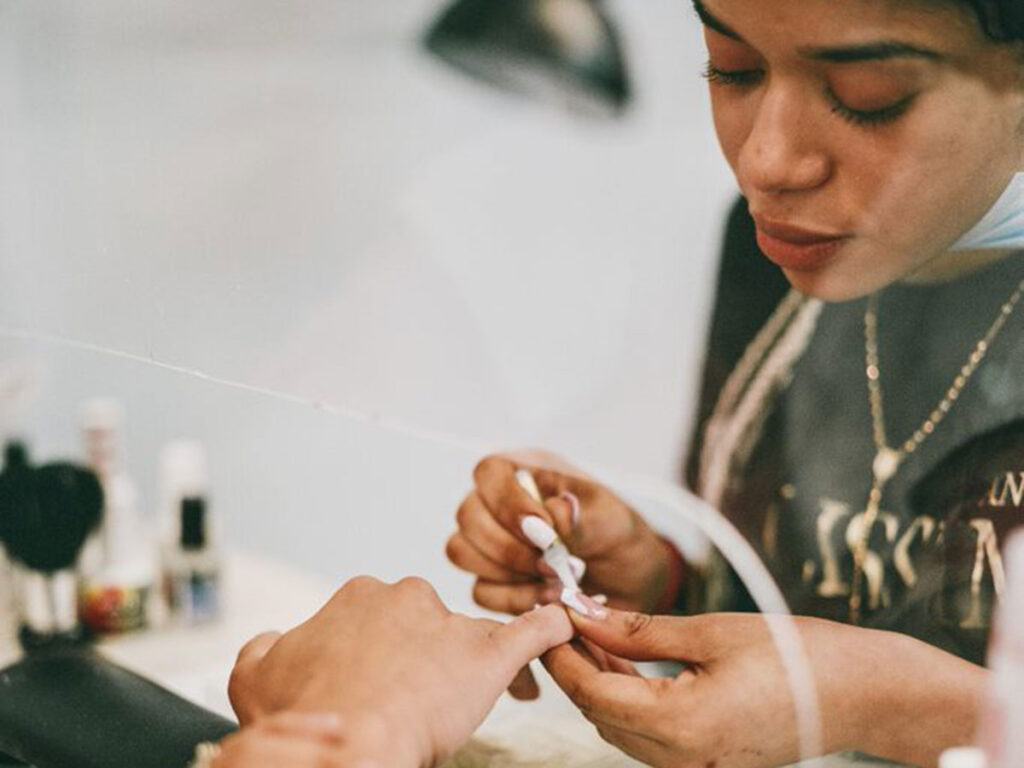 Pagan has always felt a fondness towards salons, having worked for salons in the Dominican Republic. She has always believed they should be more than just a quick stop for a treatment, especially since the devastation of COVID-19. “…I want [clients] to feel beautiful and confident,” she says. Because people are struggling, she says, with lost family members and friends, not to mention economic pressure, “people appreciate this interaction a lot more.” She keeps prices low; despite inflation, she doesn’t want to bar anyone from being able to come since opening.

As a new owner of a business quite different from her accounting company, Pagan wanted to ensure she was following all relevant laws and protecting herself as a multi-business owner. Through the NYC Small Business Services website, she found out about a webinar they were hosting with training from The Legal Aid Society’s Community Development Project (CDP). CDP, part of Legal Aid’s Harlem Community Law Office, was created over 22 years ago to assist small businesses in vulnerable communities attain success and stability. In 2021 alone, CDP has assisted over 700 businesses in New York City.

Rolando Gonzalez is the attorney who runs these trainings. He began working closely with Pagan after she attended the webinar. Gonzalez runs up to 50 of these workshops a year, spanning all five boroughs and assisting businesses from restaurants to daycare centers, delis, and laundromats.

When Pagan and Gonzalez met, she had questions about legal compliance, bylaws, and how to protect herself as a business owner. Gonzalez says he was immediately impressed by Pagan. “I don’t think I’ve ever had a client with that [level of concern] about doing things the proper way,” Rolando said. 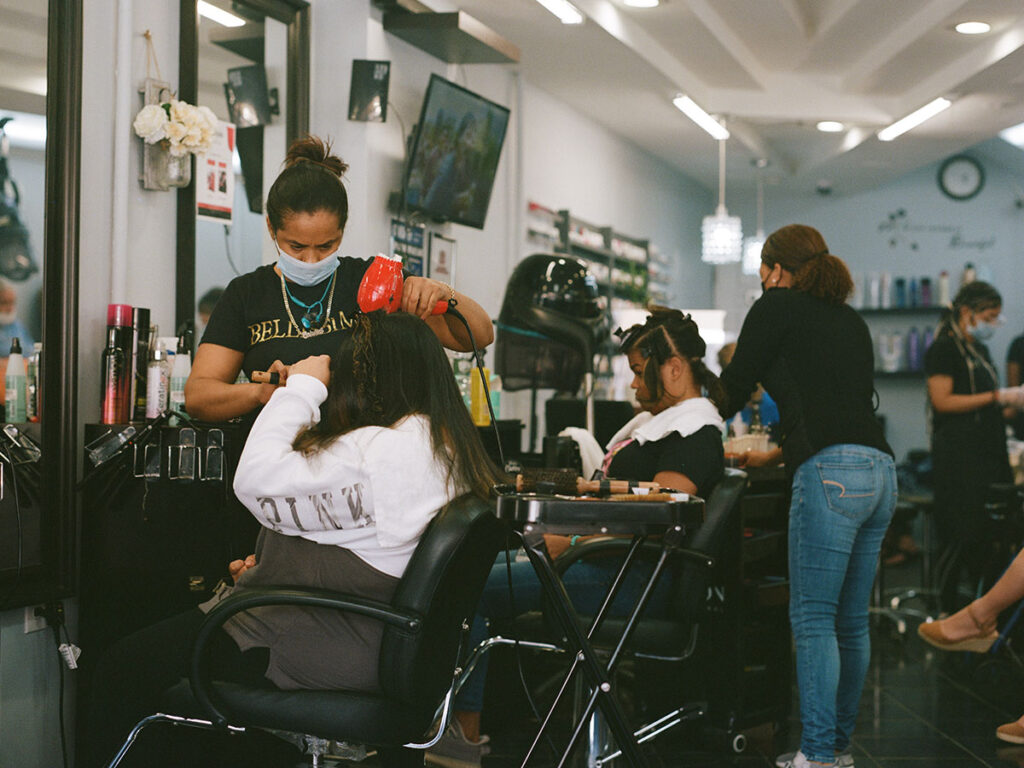 Along with giving community members a relaxing experience, Pagan’s salon has given work to women in the community who were not so lucky before Bellissima. One employee had been laid off from a different salon during the pandemic. She had found temporary employment elsewhere, but Pagan was able to offer her a full-time, salaried position at Bellissima. Another employee is fresh out of beauty school and Pagan took a chance on her, giving her a position and the tools to succeed.

Pagan’s salon offers a broad spectrum of beauty treatments, but from a brief visit one can see that Bellissima is, more than anything, a place of solace in the community. People may come to get their nails or lashes done, but when the treatment ends, nobody seems to be rushing out the door.

By evening, the mini coffee sits by a now empty pedicure chair and the previously gleeful toddler sleeps soundly next to her mother. The street is quiet outside, jarring compared to the buzz of the salon, and it is clear that, despite an upward battle, Leidy Pagan has brought something lasting to Elmhurst, Queens.

Words and photos by Phoebe Jones.

The Legal Aid Society’s Community Development Project is generously sponsored this year by Wells Fargo and its Open for Business Fund.